The history of the company Kukal & Uhlíř s.r.o. began in Kraslice in the year 1991 when it was founded by the former leading workers of the Škoda Pilsen company, a nearby branch Rotava. Jiří Kukal Sr., Ing. Jan Uhlíř and Jiří Kukal Jr. were the company founders. First the company resided on rented premises and had 10 employees including the partners. The first production programme included manufacture of jigs, special components and tools for neighbouring factories. In the year 1992 a production facility was acquired in which the company has been residing up to now. As early as in that year the company succeeded in attracting foreign customers, leading manufacturers of agricultural engineering, car industry or other fields of industry. Along with that the number of employees and investments in machinery has been growing. The company workers have succeeded in meeting the requirements of even the strictest norms of those customers.

In the years 2010 and 2011 there were property changes in the company and at present Jiří Kukal Jr. and Filip Dušek are partners and company executives. The company employs 75 employees and for the year 2013 a turnover of CZK 115 million is estimated. The financial crisis that hit Europe in the years 2008 and 2009 resulted in the fact that the company became significantly stronger and further growth in the volume of production is estimated as this development corresponds to the demands of customers, leading world companies. In the year 2011 a reconstruction of the company premises was begun. The construction works will make production more efficient, increase the comfort and safety of employees, reduce the operation energy demand and the impact on the environment and, last but not least, improve the visual appearance of the company premises significantly. The partners also decided about the investment in the machinery especially in the field of machine cutting and innovative technologies.

In the years to come the company wants to focus on improving the quality of customer services and responsible growth of the production volume. Another objective the company wants to meet is to extend the technology background and to offer the customers innovative products. Cooperation with the Integrated Secondary Technical and Economic School in Sokolov is another important project. It started in the school year 2010/2011 and is meant to attract students to technical fields and this way to train the future company co-workers and at the same time to improve the employability of the secondary school leavers in the Kraslice region. 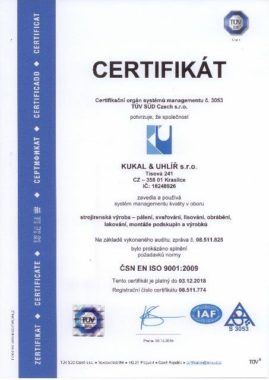 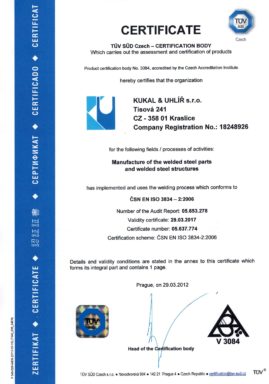 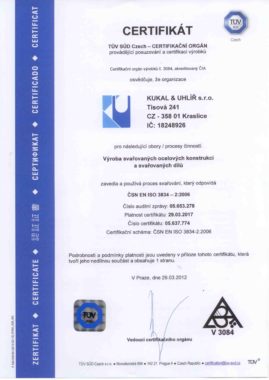 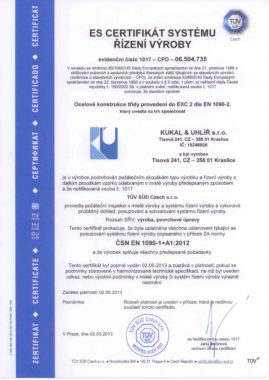